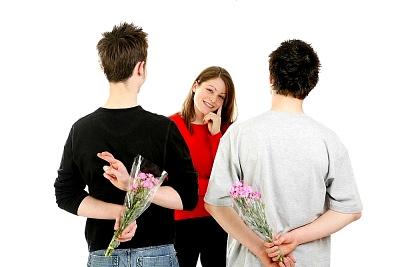 Okay, you’ve got money in your pocket; your pride and confidence are at an all time high. You’ve finally realised living with your parents or by yourself is not as trendy as you first thought.
You have decided it is time to find someone, a companion, someone to toast marshmallows with, someone to tell you that your cinderblock book shelf has to go, someone who will show you there is more to live on than baked beans on toast, and most importantly, someone to love.

In this day and age a lot has changed in regards to courting the opposite sex. As a matter of fact, even that doesn’t have to be an option now. You can court your own sex if that’s what floats your boat. Nowadays we have dating agencies and online meeting places, so nerds can actually still play with a computer and try and find a love life, as the one you thought you had with the naked pictures of Paris Hilton on your desktop just isn’t right on so many levels.
It’s come a long way since the days of being pressured to hook up with someone your parents wanted you to meet. But unhappiness and rejection from the opposite sex still hasn’t changed, and most importantly, women really haven’t either. Now before we go any further, remember:
When you haven’t got a girlfriend, and looking for one, there is NEVER one around.
But the minute you finally give up, a second rate, Miss Second Best or even Third Best prize comes into your life and because you think nothing better will come along, you decide to make it work. The problem is, the minute you commit to said relationship, all of a sudden the possible single women make their presence known.
So the dilemma:
a) Do you break up with Miss Wrong and take a chance with the other options that have popped up from nowhere?
Or
b) Do you stick with it, knowing that you most likely won’t be happy for the rest of your life, especially when you know that there are actually others out there that have shown interest in you?
Both are wrong. This is the conspiracy I was talking about:
If you take Option One, you will soon find out that these women only came on the scene because they could smell the scent of an unhappy man in an unhappy relationship and are only there to tease you and mess with your head.

A ‘conspiracy’, you ask? Well, the minute you break up with Miss Wrong you will notice that not one of the single women who showed interest in you before actually want anything to do with you. They were either joking, disappeared or so very quickly are now in a relationship with someone else.
With option two: well, it kinda explains itself doesn’t it?
So with that in mind, you are ready to find a lady. Don’t just jump in and find the first girl who smiles at you. Take it easy, buddy.
You’re going out to a club, a pub, or a fancy singles dating arena. Well I’m not gonna let you make a fool of yourself right away. Thanks to man-related websites, there are a few things to look out for and keep in mind.

THE CLOTHES CONSPIRACY
In case you’ve never noticed it; when you go out, most women like to wear, surprise surprise, SEXY CLOTHES, usually very very revealing to boot. Clothes that scream “HEY LOOK AT ME”.
They wear them to attract you, or at least make you notice them. If they didn’t, then they would be wearing pink ugg boots and other unsexy yet comfortable things, right? Think about it: why would women wear high heels unless they are doing it to look good? They themselves complain about how much they hurt. Therefore it’s only natural that if you find someone of the opposite sex attractive, you’re gonna check them out. Yet, how many women have given men that filthy look and get mad when they do so.
“My eyes are up here” is a common saying. The other sad notion is how many women are seen in public with slogans and funny limericks written across tight t-shirts that you are naturally gonna read.
Are you trying to tell me when you see one of those novelty slogans you don’t read it, whether it’s written between two nipples or not? It’s what we are programmed to do. In some countries that would be considered entrapment surely.

FIRST CONTACT
You have been lucky enough to get a girl in your sights, the planets have aligned and you have her in your tractor beam. Now it’s time to play the game. But be careful, just because she’s talking to you, doesn’t mean she’s actually interested in you.
Now she may come on to you, maybe even flirt and get your heart racing, she may even go as far as being sexually explicit and suggestive. But the clincher is: she has ABSOULTUTELY NO FREAKIN’ INTENTION of going out on a date or getting involved with you. She’s either taking the piss out of you, or she’s fucking with your head for other reasons (friends maybe). She may indeed want a favour from you.
What the professionals say: She wants to get a rise out of you to assure herself that she’s still attractive to men. Surprisingly, a lot of attached women play this game. You might be lucky to get a phone number out of her, but she has no intention of dating you. If she takes your number the chances of her calling you are very slim.
Basically, this is all about power. It is her way of reassuring herself that she can control men with her sexuality and you are just being manipulated for her own pleasure.

BUT WHAT IF SHE DOES LIKE YOU?
Obviously like everything, there’s always an exception to the rule. There are indeed some special ladies out there, and you might be lucky enough to meet a really nice girl who actually likes you. But unfortunately it still doesn’t mean you are exempt from the mind games. Some women will actually go out on a date with you and everything is fine. But a very common scenario is…
She who plays HARD TO GET

Okay, she’s turned your offer down for a date, yet you are certain she likes you. You keep hitting her up for dates until you feel you might be heading into stalker territory. The fact that she’s not returning your calls might solidify this. But you are so sure she likes you. What is going on?
There is a chance that she isn’t actually interested in you. Hey, it happens. That being said, you may actually be right: sometimes you are certain that she likes you, and she does. But you’re constantly getting fucked in the head because she refuses to take you up on any of your dates and so on.
What the professionals say: If she does actually like you, then it’s another example of a power play. This woman is testing how keen you are, testing your limits and basically wants you to chase her. She wants to find out just how determined or rather how desperate you are to have sex with her.

How you play this will have a serious effect on the roles you two have in any potential future relationship. If you get sucked into her world now, if you play the game by her rules, she then knows she can be the one in control of any future relationship and you will constantly be the one being whipped and controlled.
The best way is to take a step back, and try and work out a way to bring her around and make the playing field fairer. One is to play hard to get – painful, I know – and make her find you. It does work, I’m told.