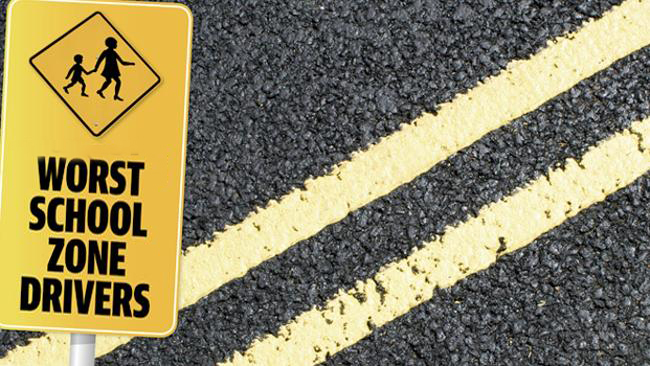 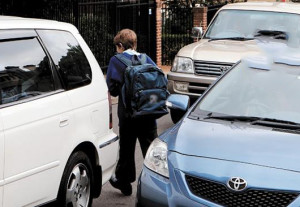 Dear Parent, I know there are a lot of you, but there’s a number of you that I really want to slap in the face, and then some more.

I really, truly, don’t give a fuck how busy your life is, I don’t care how important you THINK you are but for once, instead of thinking about what is easier and less effort for you, think about other people and in particular that small child you have decided to drop off on a busy street while double parked. 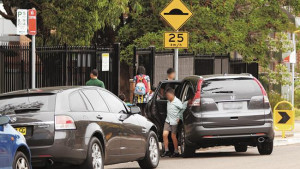 I can rattle off statistics, okay I will, For example In the last six months leading up to the end 2013, there were 54,156 school zone speeders caught by police or fixed speed cameras.

54,156 idiots in the school zone that is not only meant to be 40kms per hour, but in the morning is filled with children all over the place. That’s 54,156 possible chances of someone getting hit.

But you say, I wasn’t speeding, I’m only double parked.

Well listen here you PRADO driving fool, because you are so freaking lazy to take the time out to find a park, let alone get your ass out of the driver’s seat, your exposing your child to the road, The poor kid, getting down from your ego educed 4×4 is an effort for any small one, a slip, or getting out with their back to traffic is only asking for trouble. This is even if people are obeying the road speed.

Then there’s the other small kids who’s limited field of vision is even more impaired because your monstrosity of a vehicle is not only taking up two car spaces, but from their small size point of view on this earth, is towering over them like a foot to an ant.

However you aren’t the only one, there’s on average 150 Mums and dads caught doing this everyday. So my question is, What price do you put on your child or any other child’s life. I know, $304 that’s how much. $304 is the price you pay for double parking, that’s how much your child is worth, how much those extra few minutes saved from getting your ass out of the vehicle costs. 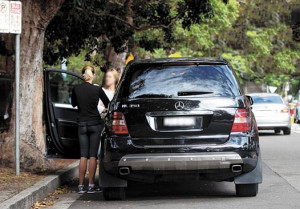 I know car spaces are limited and in Sydney is would be worse (a lot more 4×4’s for that adventurous, treacherous terrain that is the CBD), but hey, it’s no excuse my fine groomed parent, get their early, car pool even, simply put….that’s life.

While I’m at it, When you double park it usually means on narrow streets your BLOCKING THE FUCKING road. You inconsiderate dick/bitch. Not only do you think you can park wherever the hell you want, you want to make sure everyone else who has done the right thing waits for you to “drop the kid off”. I bet you are the same buttholes that speed up the left lane when the right is full and then expect someone up the front to let you in.

Now, I’m done… Just don’t get me started on the Bus Zone parkers, I know you’ll only be a minute, but it sure seems to happen just before the bus arrives…..