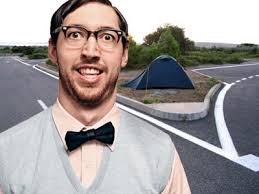 For some guys, it’s something that needs to be sorted out as quickly as possible and most of the time with the first thing that has a hole, a heartbeat and something… preferably warm and moist. For these MEN, it’s with some ‘ugly chick’ that liked you while you saw an opportunity to seize the day and become a MAN. Although you would never admit that it was indeed your first time to her; she’s taken you on, ugly or not, because you’ve sold yourself as a seasoned professional stud who is in fact doing HER a favour.

Then, we come to the other scenario; it could have been with that OLDER woman where you have the same mentality of ‘Finch’ from American Pie with regard to ‘Stiffler’s Mom’. He believes that women are like a fine wine; they only get better with age. It could be a crusty middle aged woman that you met at a sleazy bar in town; you wake up a few hours after the fact, quickly dress and get the hell out of there. It could be the lady that was known by all the horney teenagers as an easy root and had the rep of doing just about anything with anyone.

But it was still your first time.

For some girls, it’s a different experience. You have finally given up your cherry; the thing that separates you from a girl to a woman or as some would say, a girl from a slut. You give it up, because you think he loves you. You give it up because the girls at school have all done it and you don’t want to look frigid.

But for whatever reason, you both have something special in common.

You will never forget that first time.

Consequently, you become the “stud” or “slut”? (Don’t get me started on the difference between the two as there isn’t one). You fuck 100 different people, experience 200 different positions, 3000 different nights of hard partying but at the end of the day you will never forget the first time.

A girl wants this first time, this magic moment to be special. They want to feel loved. The thought of an overgrown hairy drunk ape being the one that makes you a woman may traumatise you for the rest of your life. Conversely, guys put the experience down to just that; experience. No emotion, just getting your dick wet and having something to brag about the next day.

As always, there are always exceptions to this notion. There are some people like myself who are the emotional sort and invest a lot in any close encounter of the dirty kind. Meanwhile, there are some women who use men like they are just dicks with legs. I was friends with a girl who had slept with over 300 men… Now THAT was intimidating. Use and abuse can work both ways. However, after 300 different partners, she still remembered that first time.

There is the inevitability of cases where the memory of one’s first time is both selective and partial. Generally speaking though, the majority of us remember this first time. Unfortunate cases of rape, and sex which was instigated after manipulation and harsh pressure and persuasion might lead to fragmented and unpleasant thoughts.

It can be concluded that although memories of this first time, this rite of passage are always there, it doesn’t necessarily mean it was the best time. After all, you’d still be sleeping with your first if everything was peachy back then, wouldn’t you?

It’s amazing how you can’t remember what music was playing last week with your partner while in the bedroom, yet you remember where you were with Sally Anne from the down the road, what time of the day, what you had been doing that night, what she was wearing, the music that was playing…everything.

Do you remember your first time?